Insurance Woman of the Year

Insurance Woman of the Year 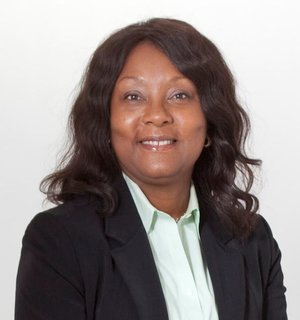 APIW, Inc. (the Association of Professional Insurance Women) is pleased to announce Janet Jordan-Foster, Executive Vice President, and Head of Primary Casualty Insurance at AXIS, has been selected as the 2023 recipient of the prestigious APIW Insurance Woman of the Year Award. Ms. Jordan-Foster will be recognized with this award on Thursday, May 11, 2023, from 6:00 – 8:00 p.m. at The View at Battery Park in New York City.

In announcing the award, APIW President Elizabeth Kramer said, “We are thrilled to present the 2023 APIW Woman of the Year award to Janet Jordan-Foster. Throughout her very successful career, Janet has had an enormous impact not only in leadership roles at AXIS and other companies, but also with her involvement in various industry boards and DEI groups across our industry. She is an incredibly thoughtful leader and has brought balance, reason and insights into numerous important discussions meant to support and advance women and other groups. We are pleased to have Janet represent APIW as this year’s Woman of the Year.”

Ms. Jordan-Foster has a career that spans more than three decades in the insurance industry. Prior to joining AXIS in 2007, she spent more than 10 years at Zurich North America where she was Executive Vice President managing Primary Casualty and Railroad and subsequently Healthcare as part of the North American Specialties Division. Currently, Ms. Jordan-Foster leads the AXIS Primary Casualty Insurance unit in the United States. Under her leadership, she has grown the team and the business by expanding AXIS’s footprint in the primary space throughout the United States, positively contributing to the overall performance of the organization.

“On behalf of AXIS, I am delighted to congratulate Janet on this recognition,” said Albert Benchimol, President and CEO of AXIS. “Janet is a proven leader in the Specialty Insurance space, with a strong track record of success. As a tenured member of our leadership team, she has been the catalyst in growing our Primary Casualty business. In addition,  Janet’s  passion for developing diverse talent in our industry is a reflection of her leadership and aligns with our company’s commitment to DEI. Thank you, Janet, for your contributions to AXIS and our industry.”

Ms. Jordan-Foster is also a member of the AXIS Diversity, Equity, Inclusion (DEI) Council which identifies, drives and executes DEI initiatives across the organization as part of the overall Corporate Citizenship program which aims to address environment, social and governance (ESG) factors. With her support and influence – AXIS successfully launched several initiatives within the organization including Employee Resource Groups (ERGs), the Annual Global Mentoring Event, and more. The AXIS DEI Program has since received several accolades including inclusion in the 2021 and 2022 Bloomberg Gender-Equality Index, 2022 Forbes Best Places to Work, and 2022 Insurance Business America 5-Star DEI Award.

“Janet has been integral in advancing the AXIS DEI program,” said Noreen McMullan, Chief People Officer at AXIS. “Janet is a strong and well-respected business leader who has lent her expertise, strategic counsel, and strong network of connections to help grow our program to what it is today. Congratulations Janet on this well-deserved award. We are excited to continue working together as we build on our progress here at AXIS and beyond.”

Across the industry, Ms. Jordan-Foster holds several leadership roles within organizations that aim to advance DEI in insurance and reinsurance. She is the immediate past Chair for The National African American Insurance Association (NAAIA) and currently sits on the Boards of the Wholesale & Specialty Insurance Association (WSIA) Diversity Foundation and the APIW.

In addition, Ms. Jordan-Foster has received several awards recognizing her leadership, expertise, and contributions to the industry. In 2020, she was included in the Insurance Business Global 100 list, which highlights industry leaders who drive positive change and demonstrate outstanding leadership. In 2022, she was also named as one of Insurance Business America’s Hot 100, which honors industry executives for their innovation, leadership, and expertise.

Here's what's coming up for yourassociation