Throughout the past six years, Barbara has focused her career at the intersection of distribution, underwriting, technology and capital in specialty businesses. Barbara currently serves as a Senior Advisor at AmWINS Access. She previously held leadership roles at Hamilton USA, Guy Carpenter, Argo Group and Swiss Re.

As current Chair of the International Board of Governors of the Insurance Industry Charitable Foundation (IICF) and President of the Association of Professional Insurance Women (APIW), Barbara has been directly engaged in the global and national Women in Insurance Conference series. Concurrently, she advocates for the value of the insurance industry as a career of choice in her role as Co-President and Board of Trustee of Gamma Iota Sigma (GIS) and as a keynote speaker on The Power of Purpose in various insurance industry forums. In these initiatives, Barbara has been driving the Big Tent of culture, inclusion, innovation, sponsorship, mentoring talent and the power of networks.

In 2019, Barbara was inducted into Insurance Business America’s Hall of Fame.

Liz Kramer is Vice President and Technical Director for Commercial Auto for Zurich North America in New York City, where she is responsible for the strategic underwriting, product development and management of the auto line of business. In this role, Liz collaborates with the business units to design and execute a successful strategy through a blend of data-driven and judgment- driven decision making.

Prior to joining Zurich, Liz was Senior Vice President and North American Strategy Manager for Gen Re’s treaty department, overseeing the product management teams and supporting treaty clients. She spent a number of years in New York City and Stamford, Connecticut as a treaty account executive and worked in Tokyo as the Casualty Facultative Manager.

Liz holds her CPCU and ARe designations and has a bachelor’s degree in economics from Binghamton University and a master’s in business administration in international business from McGill University’s two-year MBA Japan program in Tokyo.

Kara graduated magna cum laude from Temple University where she majored in risk management, insurance and marketing. She holds her RPLU, CPCU, ARe and ARM designations. Kara has more than 10 years in the insurance industry and her most recent position was at TransRe where she was the Global Head of Cyber Risk. In this role, she was responsible for underwriting, risk management, communication and new product development. Prior to TransRe, Kara was a broker at Guy Carpenter. Kara is active in the Advancement of Professional Insurance Women (APIW) where she serves on the membership committee and founded TransRe’s women’s group, WiRe. She also serves as a mentor for St. John’s University and Temple University risk management students. Kara joined Markel in March of 2018 and serves as the Managing Director for Global Cyber Underwriting. In this role, Kara is responsible for establishing and leading Markel’s cyber market strategy and working with cyber underwriters across the company to achieve growth and profit initiatives. She will also develop best practices for cyber underwriting and reinsurance strategies worldwide in all Markel divisions.

Pamela Gorajek is Head of Cross Platform Development for New Strategic Markets at Munich Reinsurance America, Inc. in Princeton, NJ. Pam has overall responsibility for working collaboratively with key stakeholders across the Munich Re US P&C organization to develop synergy opportunities.

Prior to taking on her current post, Pam spent 20 years in various business development roles with Hartford Steam Boiler, which is part of the Munich Re Group.

Pam is a graduate of the Rensselaer Polytechnic Institute where she earned a Bachelor of Science degree in Mechanical Engineering with a minor in Business Management. She is a Chartered Property and Casualty Underwriter (CPCU) and has earned the Associate in Reinsurance (ARe) designation. She is also on the Executive Board of the Association of Professional Insurance Women (APIW) as the Industry Relations Officer and is an active member of Insurance Brokers’ Association of the State of New York (IBANY).

Pam is certified as a Design Thinking Facilitator and enjoys inspiring the development of new ideas. 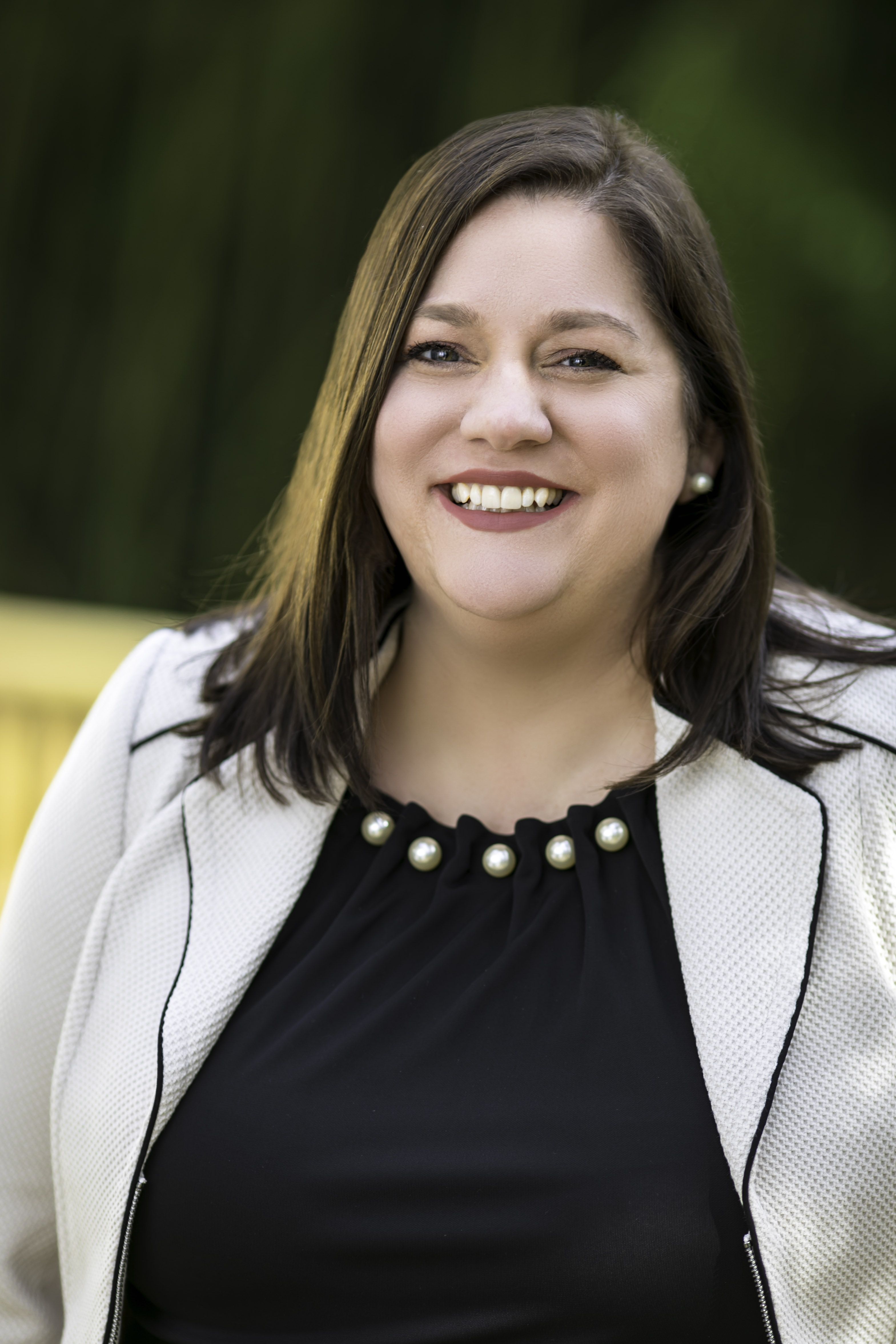 Kelly Carney is the Northeast Regional Underwriting Leader for AmWINS Access. She oversees and drives growth, profitability, training, product development and recruitment in her territory. Since joining AmWINS in 2001 she has held various underwriting and brokerage roles with thirteen years being spent in NYC and the most recent years in the Philadelphia region. Prior to working at AmWINS she worked for an E&S carrier, United National Group and began her career with Selective Insurance in Allentown, PA as part of their trainee program as a commercial lines underwriter. Kelly received her B.S in Insurance and Risk Management from Pennsylvania State University.

Mesale Solomon-Mendes was named Global Chief Human Resources Officer for McLarens in January 2019 and serves as a member of the executive leadership team. Since her launch in her role, Mesale has transformed the function, culture, and impact of HR across the company to support its business goals and strategies as well as the needs of its employees in 38 countries. She works with McLarens leaders to accelerate growth through talent differentiated performance.

Before joining McLarens, Mesale served as SVP & Chief People Officer for IFG Companies in Atlanta, Georgia. In addition to serving as a trusted advisor to the CEO and Chairman of the Board, Mesale aligned talent strategies with the company’s overall business strategy, developed and directed all human resources initiatives and drove large scale change in the areas of HR technology, employee engagement, compensation and benefits transforming the culture to drive substantial value for the organization.

Previously, Mesale served as Senior Vice President of Human Resources for Innotrac Corporation. While at Innotrac, Mesale oversaw efforts that resulted in effective and streamlined talent acquisition, development and retention strategies that represented the organization’s culture and values. As a member of the executive team, Mesale contributed directly to long and short-term strategic objectives of the organization while maximizing organizational performance.

Mesale earned a Bachelor of Science degree in Organizational Communication from Western Michigan University and a Master of Public Administration in Human Resources Management from Clark Atlanta University. She earned her Six Sigma Greenbelt at Ford Motor Company where she also participated in its Human Resources Fast Track program.  ​​

Julianna serves as the COO of Attune Insurance,where she leads Attune’s carrier engagement strategy and implementation, compliance, and service teams.  She joined Attune from Hamilton USA in 2017 where she most recently served as the Head of Strategy and Innovation, playing a significant role in the design and launch of Attune. Prior to Hamilton she spent four years at McKinsey & Company, where she was a member of the firm’s insurance practice and advised leading global companies on strategy, operations, organizational design, and sales and marketing.

Prior to joining McKinsey, Julianna worked as a treaty reinsurance broker at Guy Carpenter & Company. During her time at the firm, she maintained numerous responsibilities in reinsurance structuring and placement across multiple property and casualty lines of business.

Julianna is a graduate of Middlebury College and obtained a Masters of Business Administration from The Wharton School, University of Pennsylvania.

Nina is a Senior Client Partner and Power of All Chief Commercial Officer in the Advisory business focusing on the Board and C Suite Practice.  As the Power of All Chief Commercial Officer Nina will be the architect for an integrated sales strategy to achieve growth ambitions. The Power of All solution is focusing on building a diverse talent pipeline and is one of the key growth engines of the Integrated D&I Solutions Strategy. Nina will be responsible for driving commercial growth in four industry groups -  Healthcare, Consumer, Industrial and Private Equity.

Nina’s commitment to diversity and inclusion has been evident throughout her career, where she introduced team based mentoring programs inside 2 corporate firms; developed a women’s mentoring program across internal P&Ls; launched and served as Chair of a US Diversity and Inclusion Board and served as one of the catalysts that created a model internship program prioritizing diverse talent.

Prior to stepping into her role at Korn Ferry, Nina spent 30 years in the insurance industry, always in revenue expansion.  Nina worked in large corporate firms bringing new ideas, perspectives and thinking to what usually were unintentionally stale and outdated sales process. Nina has been an innovator in direct sales management in her approach to product expansion and new product launch. She combined her commitment and expertise in the D&I space with her M&A experience, leading a focused effort in bringing partnerships to the independent Sponsor and diverse investment arenas.

Personally, Nina is an entrepreneur herself. She is the Founder of UmbrellyWelly, a consumer goods startup manufacturing luxury outerwear. She currently holds a design patent for a piece of luxury umbrella outerwear that will serve as the company’s launch product in Summer 2020.