CPCU, ARe, Immediate Past President
BIO

Susan Zdroik is Vice President – Regional Treaty Team Leader at TransRe where she is responsible for the company’s portfolio of property casualty accounts and helping clients better manage the risks they write.  Prior to this role, she spent two decades at Munich Re where she served in many different leadership roles within claims, operations, account management and underwriting.

In addition to her current role as the Immediate Past President for the Association of Professional Insurance Women, she has served on the Board of Directors for Tri County Care Management Organization in NJ, a non-profit organization focused on helping children with complex emotional and behavioral issues in Hunterdon, Somerset and Warren Counties.

Susan is an advocate for professional women and has mentored students at St. John’s University as well as younger members of APIW.  She has presented at the Women in Insurance Leadership ExecuSummit conference on topics of personal branding for impact as well as effective negotiation skills for women and overcoming the wage gap. 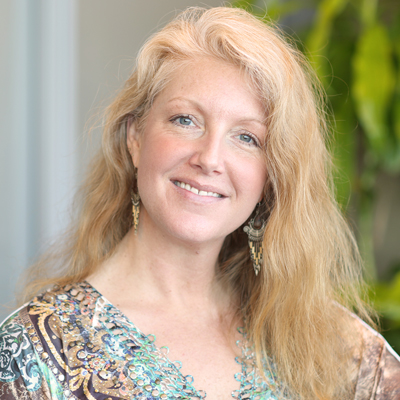 Kira Kimball serves as the national Chief Diversity, Equity & Inclusion Officer for Marsh McLennan Agency, where she provides strategic and tactical leadership to advance efforts to attract and celebrate diverse perspectives while promoting and protecting a level playing field for all colleagues. Creating a workplace culture where everyone can be their authentic selves, an environment that fosters a strong sense of belonging, and a business strategy that harnesses the power of diversity are her energy drivers.

As a committed business leader in her community of Sioux Falls, South Dakota, Kira serves on the board of directors for Southeast Tech Foundation, Levitt at The Falls, Sioux Falls Development Foundation, 100 Women Who Care Sioux Falls, Sioux Empire Women Connect & Pathways to Inclusive & Equitable Workplaces, a nonprofit she founded. Kira is a member of the Greater Sioux Falls Chamber of Commerce Leadership Sioux Falls Executive Committee, volunteers as a Sioux Empire United Way Impact Team member and as an EmBe women’s leadership program mentor, greatly adding to the purpose with which she lives her life. Kira is the first person in both SD & ND to earn the National Diversity Council Certified Diversity Professional designation and she is a Qualified Administrator of the Intercultural Development Inventory. Kira was recognized in Sioux Falls Woman and received an EmBe Tribute to Women Community Services Award for her abounding passion for diversity, equity & inclusion.

Prior to Kira’s sixteen years in the insurance industry, she spent a decade in higher education teaching, advising and counseling students at Purdue University and The Ohio State University with a focus on leadership & organizational development, career exploration and diversity equity & inclusion. Kira studied English and philosophy at Minnesota State University Moorhead as an undergraduate and received graduate degrees in both counseling & development and English at Purdue. Passionately believing everyone’s self-esteem and potential are worth supporting, Kira commits to living this belief both in and outside the workplace.

Dawnmarie, an accomplished broker and underwriter, joined Lloyd’s in 2018 from London broker BMS Group, where she served as a Senior Vice President on the Risk Solutions team. In her role as Northeast Regional Director she is responsible for market development activities in a 12 state region stretching from Maryland and Washington D.C. to Maine.  She is also responsible for the broker practice group strategy nationally.

Dawnmarie brings more than 20 years of experience, having served in senior leadership roles with Ascot, Aon Benfield, AIG, and Chubb.

Most recently, in her four years with BMS Group, Dawnmarie was instrumental in market development and production efforts across multiple product lines. She focused on program business, having produced and managed her own portfolio of programs and also served as Target Markets liaison for BMS Re US.

Rose M.J. Charles, Esq., Senior Vice President Casualty Claims Leader.  Ms. Charles is the Casualty Product Leader supervising the Claims Adjusting Unit(s) handling: Auto, Environmental, General Liability and Umbrella matters within in the GRS portfolio at Sompo International.  Rose joined Sompo supervising the Excess Casualty Claims Teams in Bermuda and the U.S., as well as a variety of property and casualty matters, and overseeing the management of external TPAs. Prior to joining Sompo, Rose was a Litigation Partner with the nationwide law firm of Wilson, Elser, LLP where she defended and tried cases for public housing authorities, municipalities, and private entities where she obtained settlements, defense verdicts, summary judgments and dismissals of often sensitive, high exposure, and complex liability matters including: §1983 Claims, Premises Security/Rape, Construction/Labor Law, Medical Malpractice, Lead paint and Toxic mold matters in Federal and State Court.  Of note, she defended entities in the Atlanta Day Trading Massacre Cases, the Columbine Colorado Shooting Cases, the Rhode Island Fire Case, and personally supervised a team who conducted more than 1200 municipal hearings for claims arising from the 2003 Staten Island ferry crash and from law enforcement interactions with citizens at the 2004 Republican National Convention.  She has presented seminars to universities and campus organizations, banks, hospitals, property owners, and insurance trade groups in addition to police officers and peace officers on the issue of premises security and risk management.  She has written articles relating insurance, legal, risk management, and has been published in the New York Law Journal and the Jury Verdict Reporter.  Rose is a graduate of St. John’s University School of Law and is admitted to the New York State Bar and Federal Courts.  She has been an Adjunct professor at East Stroudsburg University.  She is also a member of CLM, a board member at APIW, and a member of IACP. 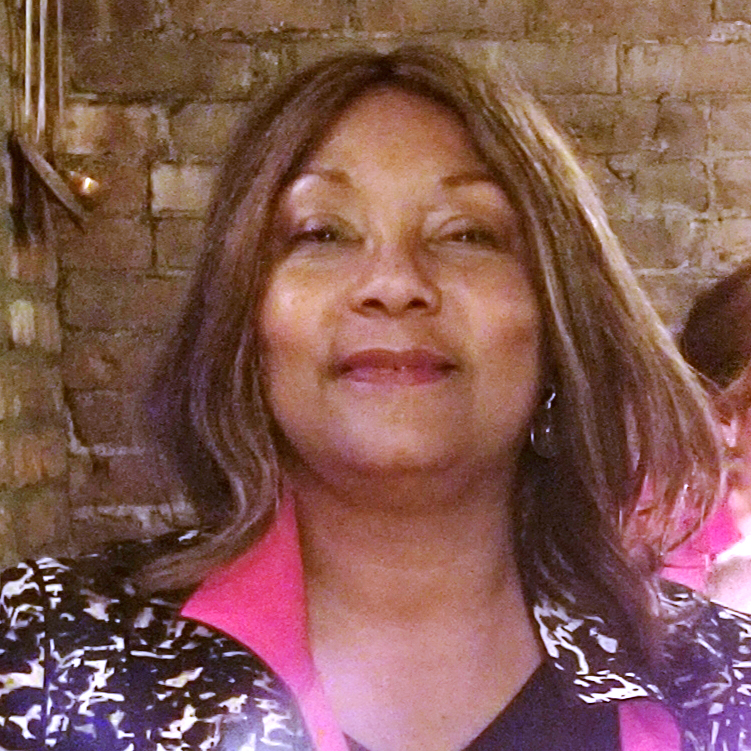 Janet has more than 30 years of experience in the insurance industry and is currently the Head of Axis’ Primary Casualty Unit in the United States. Janet has extensive underwriting and management experience and joined Axis in 2007 after having held underwriting management positions at Zurich Financial Services and Home Insurance Companies. She is a member of the Diversity, Equity, and Inclusion Council at Axis.

Her management leadership roles at Zurich Financial Services included responsibility for its Primary Casualty, Railroad and Healthcare businesses within its Specialty Division. She began her underwriting career at American International Group.

Ms. Jordan-Foster is currently Chair of the Board of The National African American Insurance Association or NAAIA. She is also a member of the Diversity, Equity, and Inclusion Foundation of WSIA, and a member of The Association of Professional Insurance Women or APIW.

Carrie Kurzon is the Head of EPL Product for AIG Financial Lines, General Insurance. Carrie was previously at The Hartford, where she was the National EPL Practice Leader responsible for that product’s strategy and portfolio management. Prior to The Hartford, Carrie was a Claims Consulting Director at CNA Insurance, handling complex and high severity EPL claims; and before CNA, Carrie litigated employment law cases. She received her BA from the University of Wisconsin and a JD from the Benjamin N. Cardozo School of Law. Carrie is a member of the New York State Bar and has held the position of Corporate Secretary on the Board of the Association of Professional Insurance Women (APIW).

Since joining Everest from Munich Re in 2011, Sharry has been instrumental in building out our profitable Treaty Property book and  was pivotal in the strategy and execution transitioning Everest from our old manual underwriting workflow process to the new EZ Flow and UWS platforms – both have been game changers for the Group.

Sharry has headed our Weather Reinsurance Trading Division, since 2011 and she has been responsible for US Property Facultative business since July 2018.  She has been, and remains, committed to continuous improvement of Everest and she drives toward that by always leading by example.

Outside of her day-to-day responsibilities, Sharry dedicated three years to create  an impactful mentorship program at Everest Re.  In addition, Sharry has mentored students at  St. John’s University with other members of the APIW. She has also contributed to Everest Re’s Women’s Networking Group where she sat on a panel to discuss being a female executive.

Sharry is a graduate of University of Delaware. She also has two daughters and lives in Somerset, NJ. 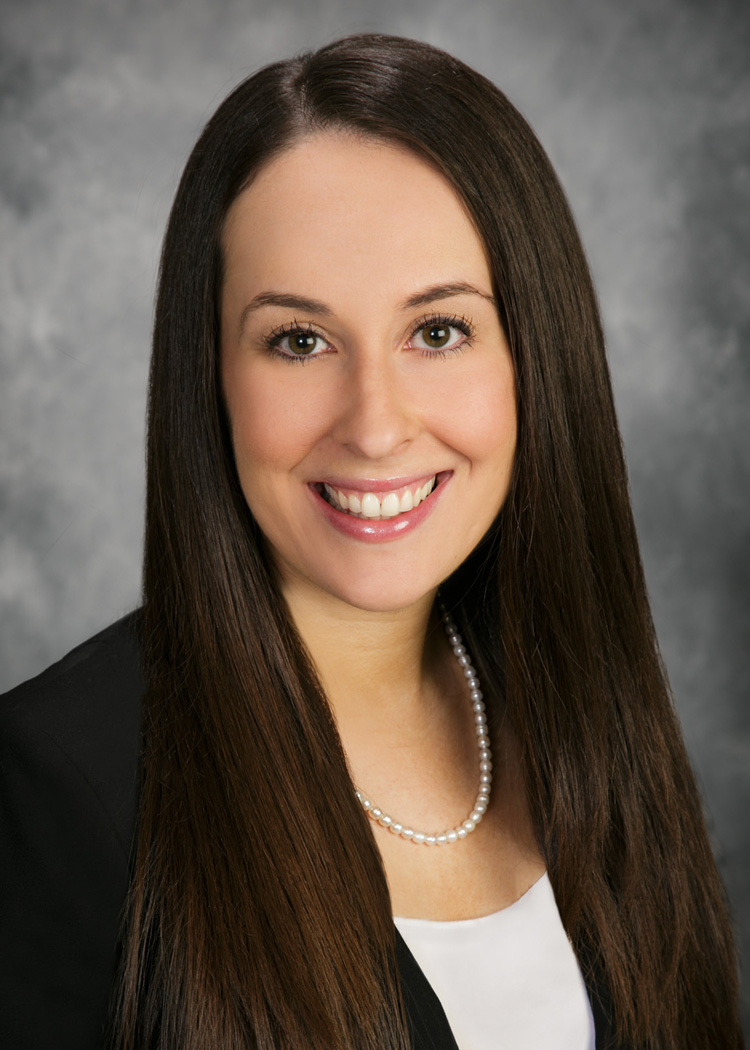 Kara Pike advises clients in the insurance industry on regulatory matters involving federal and state insurance laws. Her experience includes working on numerous multi-state insurance regulatory issues, including underwriting limitations, unfair discrimination, partnership policy requirements, rebating, and rate and form requirements.  Kara also handles various matters related to InsurTech and assists clients in navigating the rapidly evolving regulatory landscape surrounding InsurTech. These matters include advising insurance entities on regulatory and transactional issues involved in adopting new technologies and distribution models and advising InsurTech startups with regulatory compliance and agreements.  Kara's keen understanding of state regulation and the legislative process stems not only from her private practice but also from her past work in the executive branch of Pennsylvania state government.
Before joining Saul Ewing Arnstein & Lehr, Kara served as deputy general counsel in the Governor's Office of General Counsel (OGC) as well as assistant deputy general counsel in the Legislative Group.  In her capacity as deputy general counsel in the OGC, Kara served as liaison counsel to the Department of Revenue and the Office of the Coordinator.  Her experience in state government included serving as the special assistant to the chief of staff and acting deputy chief of staff in the Governor's Office, where she was liaison to several departments and executive agencies